The setting for the Colloquium and the performance in the evening could not have been bettered. The beautiful, historic Teatro Persani was like a mini La Scala sitting in the perfect hill town of Recanati, birthplace of the poet, essayist and philosopher  Giacomo Leopardi. The programme for the Colloquium had been carefully considered to reflect the situation for the Elder in Italy, and in particular the Marche region. We were welcomed by the Chair of the Colloquium,  AMAT Director Gilberto Santini who introduced the Mayor of Recanati, Francesco Fiordomo who formally welecomed us and then Carlo Maria Pesaresi, Presidente Consorzio Marche Spettacolo, who are orgainising the Silver Art Project and who provided the context for the event in the Marche region. 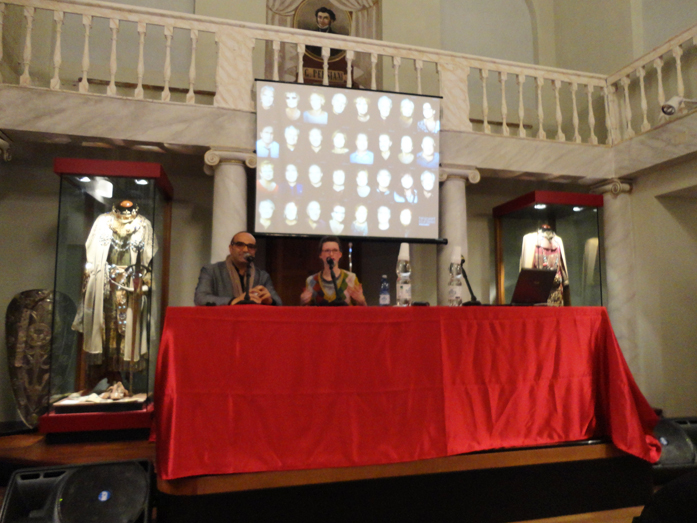 AMAT Director Gilberto Santini who introduced the Mayor of Recanati, Francesco Fiordomo who formally welcomed us…

All partners countries in the Project gave presentations about their specific projects and were followed by the eminent art historian Dr. Silvia Cuppini from the Università degli Studi di Urbino “Carlo Bo”. Her presentation was concerned with the ways in which old people have been portrayed in art, with particular reference to paintings of Mary and Elizabeth.

The next presentation was delivered by the organiser of the Silver Art Project, Giorgia Berardinelli, and one of the participants in the project, Rosanna Morazzini. The Silver Art Project involves the elder in volunteering as guides or helpers in museums and libraries throughout the Marche region. Rosanna Morazzini explained the importance of the project as an active involvement in something new; how enjoyable she had found learning about the building she was working in and passing on that information to others. 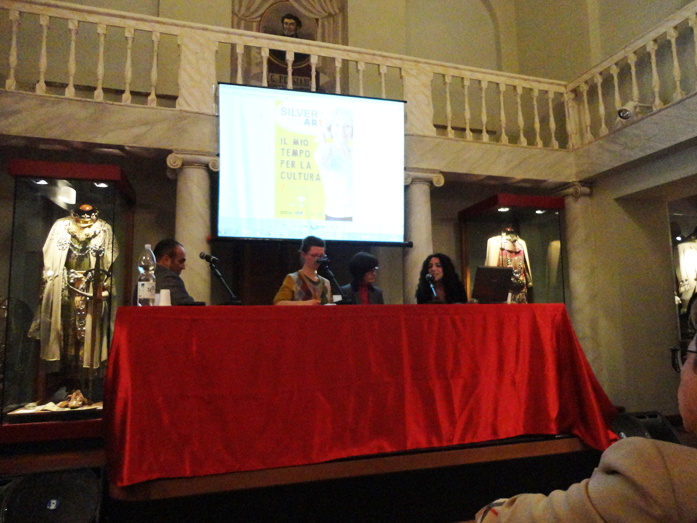 Silver Art Project, Giorgia Berardinelli, and one of the participants in the project, Rosanna Morazzini.

The final presentation was given by Silvia Bustacchini who works for Italia Longeva, a nationwide organisation dedicated to research into the quality of life for the elder, disseminating models of care and best practice and promoting the development of business initiative to promote active aging.

This was a full and productive programme which provided the perfect context for the Electric Elder performance in the theatre itself. 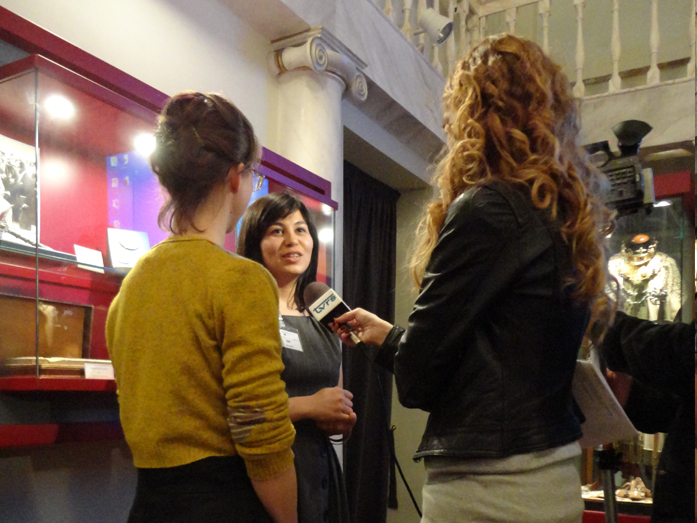