On Tuesday April 29th we had our final partner meeting. Joining us at UCA Farnham were representatives of all partner organisations. Although we still have a great deal to do in terms of the Final Report and budget, this meeting afforded us the chance for reflection on all that we have achieved, which amounted to an amazing 49 events. But of course what we have achieved does not lie in numbers alone. As we went through the different Interventions what we all realised was important were the people who were involved and the connections made across nations, cultures and generations. Their outstanding, and moving, commitment to the various Interventions was the ultimate testament to the success of the project. Of particular validation were the groups who have carried on, particularly the amazing Electric Elders in Recanati, Italy.

In the afternoon we were joined by Gerry Diebel who has been the designer for the project. He brought with him, hot off the press, the beautiful publication which we have brought together as a lasting record of the project. We were also joined by the Project Evaluators who delivered their initial findings, which very much echoed what had been said by all partners earlier in the meeting. 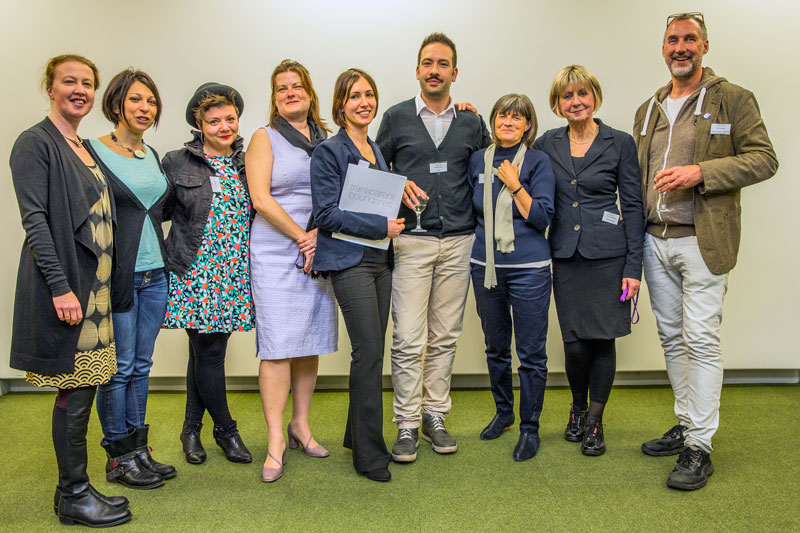 Once the meeting ended we gently segued into a celebration event to which we had invited participants in the project, members of UCA staff and students, plus members of other organisations who had interest in the project. We showed four of the project videos: the Greek choirs, the interview after the performance at Salts Mill with the artist Helen Cerina and participants in her dance project, the Danish fishermen, and our final wonderful video ‘The Perfect Form’ – the dance collaboration between Guilio D’Anna (choreographer), Cinzia Camela (video), Ann Dickie and Nicholas Minns (dancers) and Diana Harrison (textiles).

Uwe Derksen, Assistant Director of Research and Enterprise at UCA, spoke about the background to the project. I (Lesley Millar) spoke about the project itself and Diana Harrison described the work she had created for Poland and the workshops she held there.

And so Transparent Boundaries ended, with so much to remember and cherish. However…such bonds will not be totally cut! The next day many of us met with new possible partners from Poland and Portugal to discuss the next project! So watch this space………In the meantime THANK YOU to all our wonderful partners and artists and participants in Transparent Boundaries. 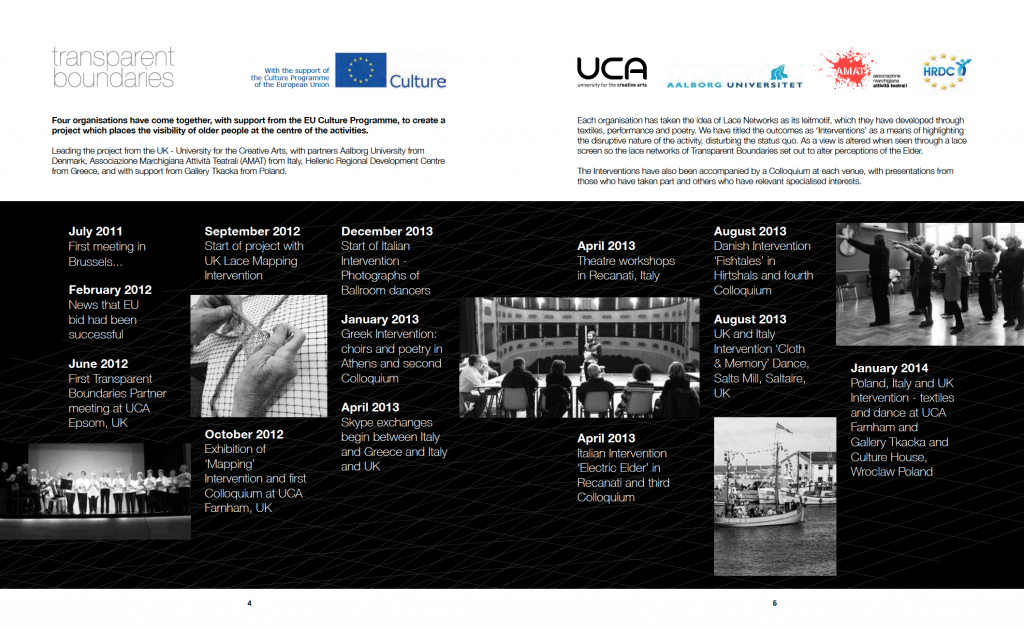