I am absolutely delighted that the EU Transparent Boundaries project has been nominated for the Times Higher Education Leadership and Management Award 2015 most innovative and original initiative in knowledge exchange. For Higher Education in the UK this is an equivalent to an Oscar nomination!

Transparent Boundaries is a project that has been incredibly important for me personally. It was built on my previous research (Lost in Lace) and developed beyond my dreams. We are a small university with great strengths in our specialism’s, and through those specific particularities we have created a truly innovative initiative, bringing together specialist organisations from across Europe. I am particularly pleased that many of my PhD and MA students and also textile staff were involved in the project, which created a real sense of ‘ownership’ from the University and the School.

The project set out to answer the question ‘Where are the older people and why doesn’t society recognise them more in popular culture?’ At a time of an increasing, and increasingly, older population who are only represented in the media when there are problems, Transparent Boundaries aimed to provide a platform for positive, creative outcomes. The project brought together craft practice (textiles) and performance arts (dance, singing). Younger artists/practitioners worked side by side with older people to find ways in which the creative contribution of the Elder would be visible and disseminated to the wider population.

The Award Ceremony will be on June 18th in London – an although winning would be wonderful, the nomination itself is a fantastic validation of a project that made an actual, rather than a theoretical, difference to people’s lives. 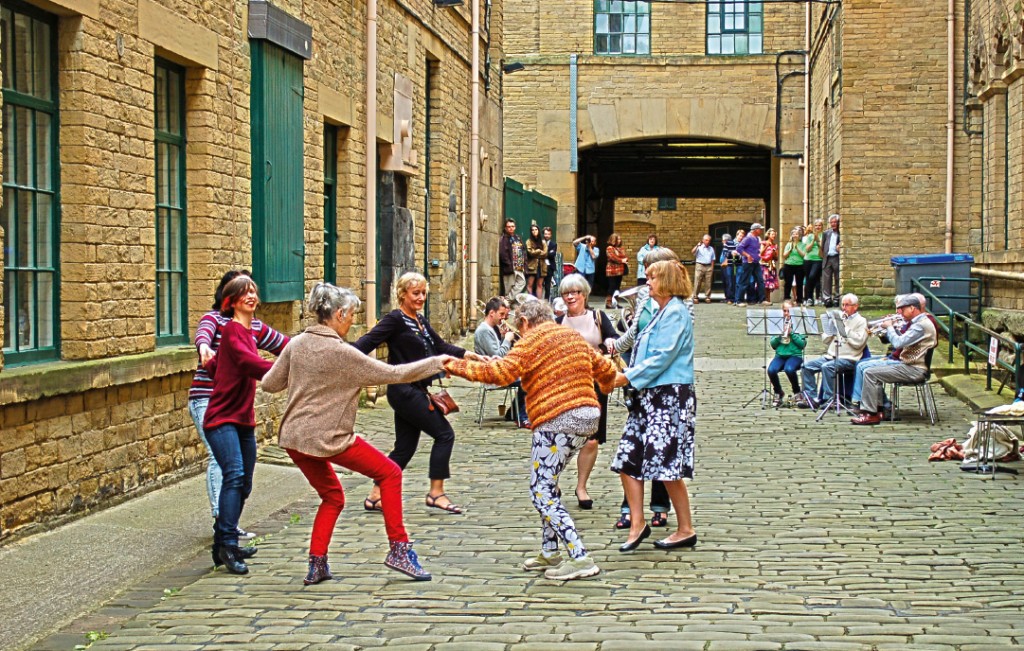